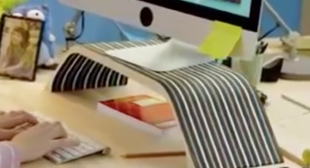 A patent doesn’t guarantee that Apple will produce a printer, however — as with most large design companies — the tech giant files and receives thousands of patents, for everything from haptic feedback systems to staircases to public transportation systems. And it’s highly unlikely that anything they might make would be open hardware, despite the historically open nature of the 3D printing community.

But Apple’s foray into this market would mean that 3D printing would get its brightest spotlight yet, putting these tools into the hands of people that would otherwise not be looking into this field. That’s a fascinating proposition. According to the Association of 3D Printing, “it’s a logical step. Apple has a reputation for making the some of the coolest products out there. And 3D Printing is cool.”