Well, this pretty appears interesting… In my relatively brief, but fruitful experience with 3D printing innovation, I’ve written of 3D printed dronesreally frequently, and have actually printed myself various types of cases for my smartphone. The emerging innovation appears to fit both applications really well, but never in my life did I ponder that I’d see 3D printing being utilized to turn it into drones inside a smartphone. My lackluster imagination was proven wrong at the Birmingham-based Gadget Show Live expo, that hosted a competition called the British Inventors Project. This is where the competition finalist, a UK-based company called Buzz Technology, announced the DRONE-IN-A-PHONE. 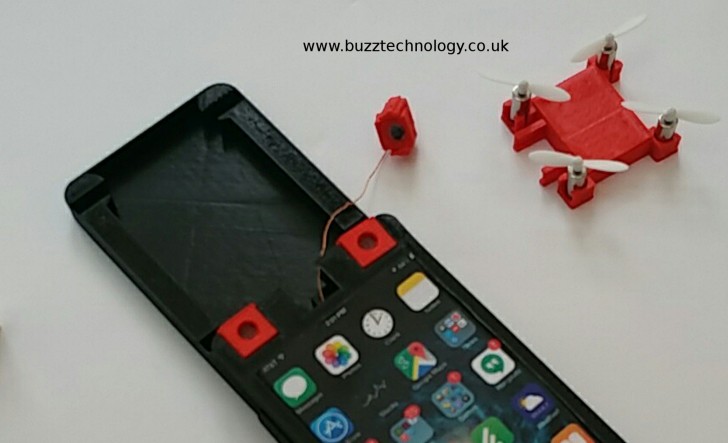 The DRONE-IN-A-PHONE is a tethered microdrone that is able-bodied to fold up and fit snugly into a camera case, while the battery for the drone is similarly folded and stationed inside a smartphone case. Prototyped with 3D printing innovation, the Buzz Technology team have figured out how to reduce the dimensions and mass of the drone, producing it efficiently pocket-dimensionsd, while in addition significantly increasing flight times and durability of the microdrone. Alongside the DRONE-IN-A-PHONE is Buzz Technology’s CAM-ON-A-CABLE, a tethered camera solution that can be removed of the smartphone and placed anywhere.

The CAM-ON-A-CABLE enable-bodieds users to take hand-free photos and videos, and can be clipped to approximately any object, whether it is stationary or in motion. Whether that be on your sunglasses, car, or bicycle, you can now take smartphone photos and footage without bringing our your smartphone. The camera solution comes with multiple lenses that can be stored inside the smartphone and automatically swapped over for various angle or macro necessities. And yes, the CAM-ON-A-CABLE can actually be combined with the DRONE-IN-A-PHONE, enabling for a high-flying aerial views. In order to bring these prototypes to life, and effectively awe the Gadget Show Live audience, Buzz Technology turned to 3D printing innovation.

“We manufacture extensive use of 3D printing technologies to create our prototypes internally at low-cost-bodied costs,” said Senake Atureliya, the founder and CEO of Buzz Technology. “We believe that 3D printing is producing it possible for startups such as ours to turn it into functional prototypes that may truly take mainstream technologies, such as mobile phones and consumer electronic products in general, in new and absorbing directions.” 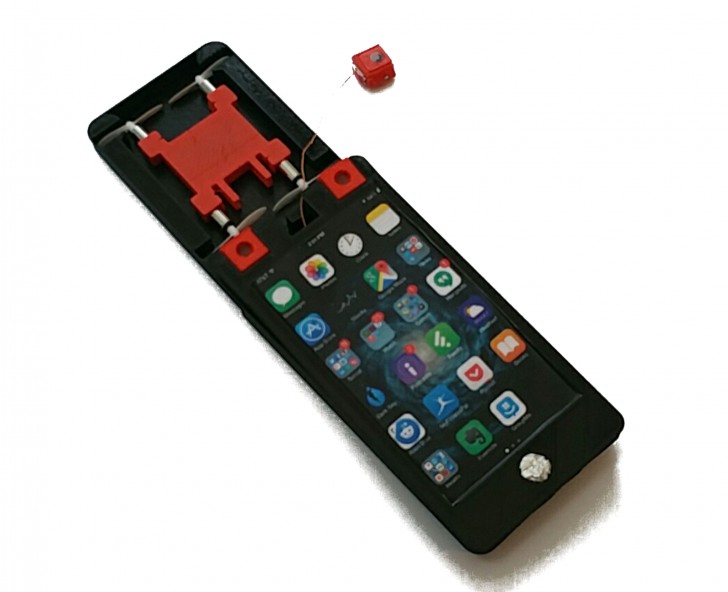 The two prototypes are already on display at Buzz Technology’s stand (BIP18) at the Gadget Show Live, that is running until April 3rd, and have earned themselves a spot as one of the handful of finalists in the 2016 British Inventors Project competition. Led by Atureliya, Buzz Technology is hoping to soon commence a Kickstarter for these prototypes, in the form of a standalone phone case, sometime in the third quarter of 2016. So if you like the thought of powering a microdrone and conveniently storing and swapping out camera lenses all of your smartphone, be on the lookout for additional next buzz of Buzz Technology in the near next!