Meet Marina Hatsopoulos, one of the most powerful lady in 3D printing industry

We are starting a new series of articles on the leaders which alter the 3D Printing and 3D Scanning world. To inaugurate this series we are starting with Marina Hatsopoulos, a successful entrepreneur, director and angel investor.

Marina was the Founding CEO and major investor in the 3D printing “Z Corporation” of 1994 through its successful sale in 2005. Ex-Director of the GSI Group, Contex Holding, Investor and Director of Tea Forte… Marina is a quite successful entrepreneur.

Ms. Hatsopoulos was honored with Mass. High Tech’s 2001 All-Star Award for Hardware. She has been profiled in Fortune, Forbes, Fast Company, Boston Business Journal, the Boston Globe and Technology Review. She speaks at innovation conferences and at the nation’s top business schools, and was on Boston Magazine’s 2008 Extended Power List of the many powerful folks in town. She has published articles in Design News and Time Compression Technologies. 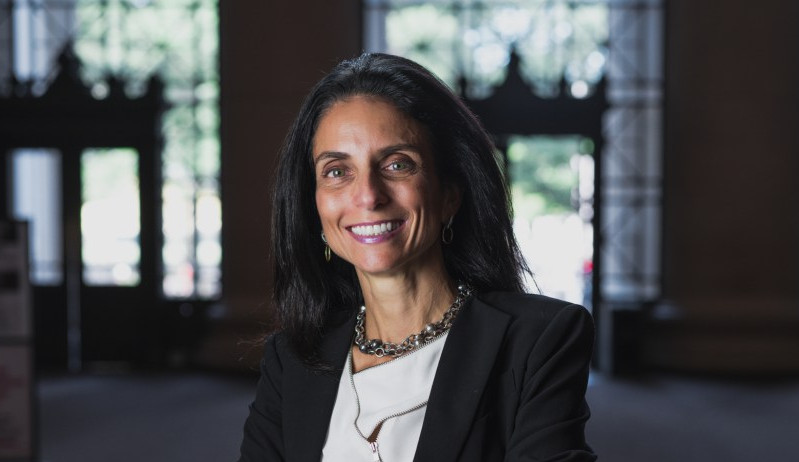 Even as a kid, Marina Hatsopoulos dreamed of running her own business. She studied her passions—math and music—at Brown University and and so landed an perfect initially job at Chase Manhattan on Wall Street. But soon she felt a thing was missing. “I felt like I wasn’t creating anything,” she says. To get nearer to operations, she went to work in 1990 for her dad, George Hatsopoulos, at his innovation company Thermo Electron. Working in mergers and acquisitions, she discovered which she needed additional knowledge herself, so she came to MIT for a master’s in mechanical engineering.

Whilst she worked on which degree, Hatsopoulos and her husband, Walter Bornhorst, bought and rehabbed a few decrepit buildings in the Back Bay. Hatsopoulos did the CAD create work and fabricated three-dimensional versions. In 1994 when she was researching future business opportunities in MIT’s Technology Licensing Office, a 3-D printing innovation leapt out. The machines may quickly create inexpensive prototypes for equitething of bleach bottles to motorcycle engine blocks. “I understood the value of a physical version for the architectural application, and I may imagine the same to be true for the create market,” she says. She licensed the innovation and started Z Corporation with her husband and Jim Bredt.

The company grew quickly, and they sold it to Contex, a Danish conglomerate in 2005. At the time of sale Z Corporation had revenues of $30 million and a sturdy history of profitability. “In retrospect, we were amazingly lucky with the innovation,” she says. “It proved out much advantageous than we had hoped. The whole thing was a rad experience.” Z corporation went to be acquired by 3D Systems Corporation in November 2011.

But what makes a great investor? “You want an investor who’s patient, who has been through the lifecycle of a startup and quite understands it. There are always bumps to the road, but a sturdy investor can stay loyal to the company and can stick with it through those bumps in the road, and can donate you additional money to get through a tough period. Of course industry expertise, so which they can provide useful contacts, customers contacts, advisers”, says Marina at a past interview.

She is already Director and an investor at Cynosure, a $250M developer and developer of a broad array of laser- and other light-based aesthetic systems utilized for hair removal, treatment for vascular and pigmented lesions, and other non-invasive and minimally invasive aesthetic procedures.