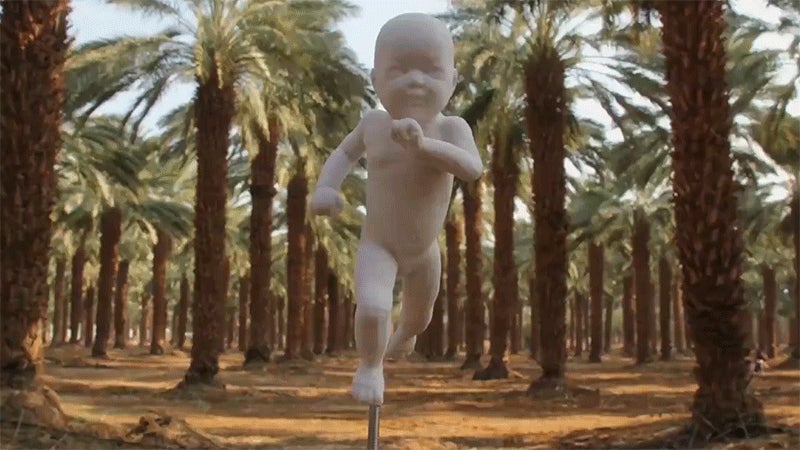 Until in these days, there quite wasn’t a great reason for any sane human to buy a consumer 3D printing device. But thanks to animator Eran Amir, the tech has a raison d’etre: So which everyone can 3D print small baby sculptures and use them to shoot hilarious timelapse videos of an albino infant sprinting around the world. It should have been so obvious all along.

In addition to createing a series of 3D-printed babies which recreated a 13-frame run cycle, Amir in addition had to create a special rig to hold both a camera, and the small sculptures in front of the lens. Every time a new photo was snapped in a slightly various location, the following baby sculpture in the animated series was swapped into frame.

If it sounds monotonous, it’s for the reason it many unquestionably was. You can watch a behind-the-scenes video of the system at a lower place, but as time-consuming as it was, the resulting hilarious footage unquestionably created it totally worth all the hassle.